Global Squad keeps the safety of every participant as the highest priority. Our staff undergo extensive background checks as part of the vetting process. 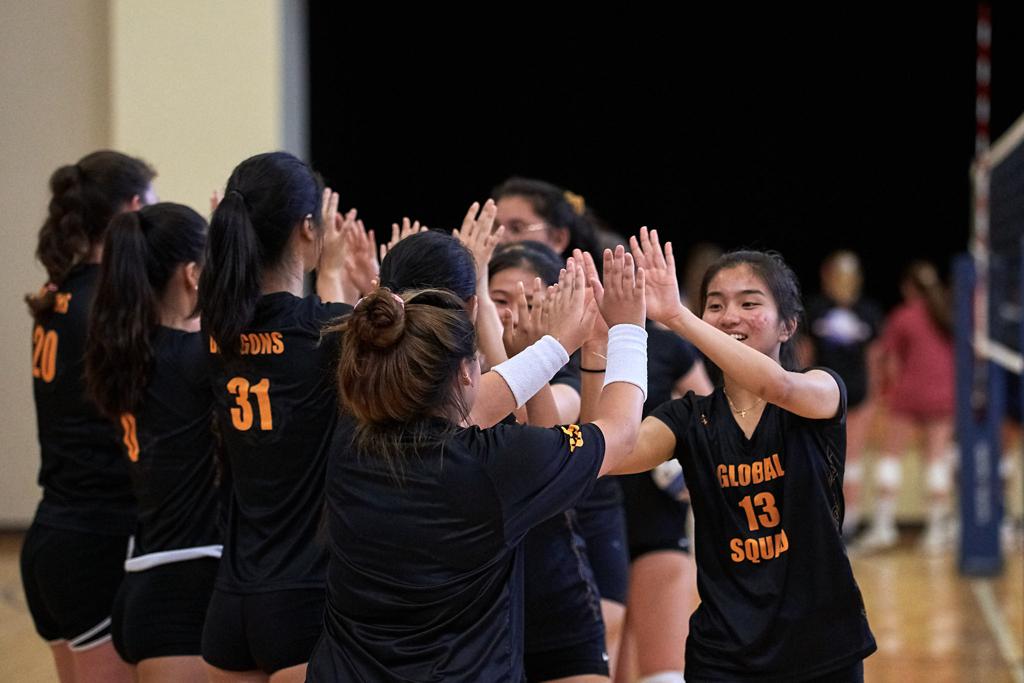 All of our coaches and staff are required to complete the following before working at Global Squad:

Our student-athletes are held to a high standard to maintain a safe and secure environment. Campers are required to sign a code of conduct upon arrival to ensure they understand the rules fully.

Injury/Sickness Protocol: There is a Global Squad staff member at each of our locations who is highly trained to assist with non-serious injury or medical situations. Emergency care is readily available at the local hospital. Any player requiring a doctor visit for injury or sickness cannot continue playing until cleared by a medical professional.

Communication: There are chaperons on duty at all times supervising the student-athletes. There are at least two staff members living in every dorm building that the athletes occupy. Contact information for these staff members can be obtained by emailing us below.

Insurance: Each player must have a health insurance policy to cover normal medical issues. Extended details are available upon request.

Vehicles: Students are not permitted to enter or leave campus in any motor vehicle other than their designated team bus. 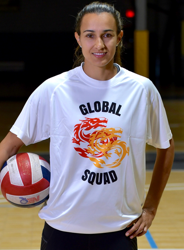 Coach Josi has earned many awards as an Outside Hitter both internationally and at the collegiate level.

Elite playing experience carried over to Josi’s training program. Over the years she has earned a reputation for developing players who compete at a high level.

The Towson University Tigers went 25-4 finished the CAA schedule with a perfect 12-0 record, and won 189 straight matches. It was the best season in the school history.

" Global Squad was an excellent experience for my child. She learned a lot - especially about herself. I've noticed a more mature young woman"
PARENTGLOBAL SQUAD 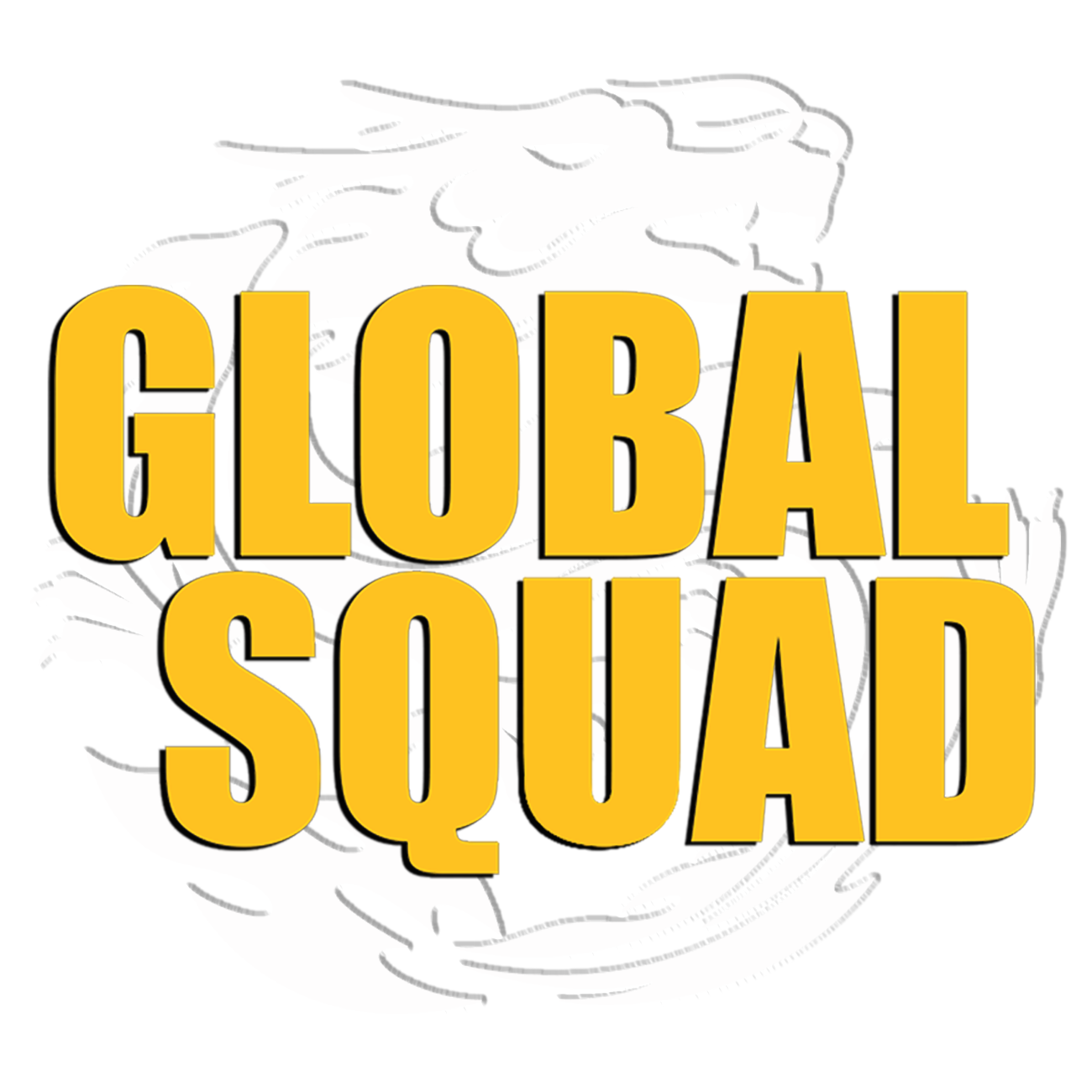 Coach Peter hails from Brazil and is a National Coach Level III as determined by the Brazilian Volleyball Confederation. He has helped lead numerous athletes to reach their full potential. 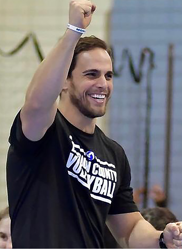 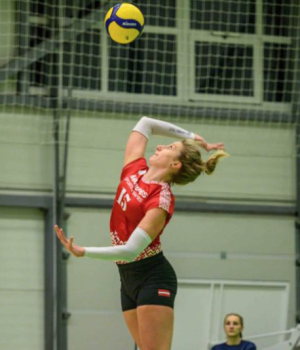 Coach Liga has an extensive experience playing at the national, international, and collegiate level.

A native of Latvia, where she played for the Latvian Junior National team, Liga earned a full scholarship to NCAA D-1 Florida Gulf Coast University, where she competed for both the indoor and sand volleyball teams. FGCU was crowned Atlantic Sun Regular Season Conference Champions in 2011.

Liga finished her collegiate career at Lynn University. Upon graduating, she continued to compete in regional tournaments. Coach Liga played for Rising Tide in the PVL Pro volleyball league in 2017, and in 2018, Liga was named MVP at an international volleyball tournament in Jamaica competing for Venus Volleyball club. While playing, she also started sharing her love and knowledge of the game with younger players looking to play volleyball.

Coach Liga has coached for Boomers Volleyball, Loudoun Elite and Global Squad. She enjoys passing on her knowledge and skills to young players and particularly enjoys watching young players develop under her leadership.

The best equipment in the world doesn’t mean a thing without good instruction and coaching. Global Squad’s strength and conditioning coaches are some of the best in the world with clients across multiple professional sports.

McKenna Smet has an extensive background in personal training and strength and conditioning.

Smet is a former NCAA Division-I athlete and understands the demands and importance of strength training for elite student-athletes.

Smet has been working primarily with elite volleyball players that are looking to get recruited.

Smet is one of the few female trainers for Vertimax™ training system. She believes in building all around athleticism by increasing overall strength, vertical jump, speed, agility, and reaction time. 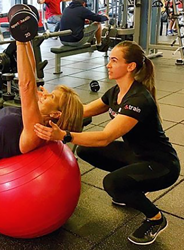 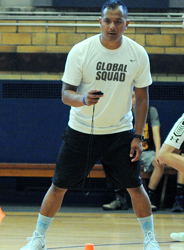 Chris Gorres earned his degree in Engineering from Cornell University before becoming one of the best athletic performance trainers in the United States.

Global Squad has been fortunate to have Chris Gorres as our trainer for the last 5 years.

Mark Caron has a masters degree in Human Movement and Science from the University of the Philippines Diliman.

Caron trains some of the top athletes who play for the Filipino National Volleyball Team.

Caron is the performance coach for the Creamline Cool Smashers, a professional volleyball team in the Philippines.

For more information or to apply, please fill out the form below.  We’ll respond as soon as possible.

Do you have a question or would you like more information on one of our programs?

Fill in your information and we’ll contact you shortly.