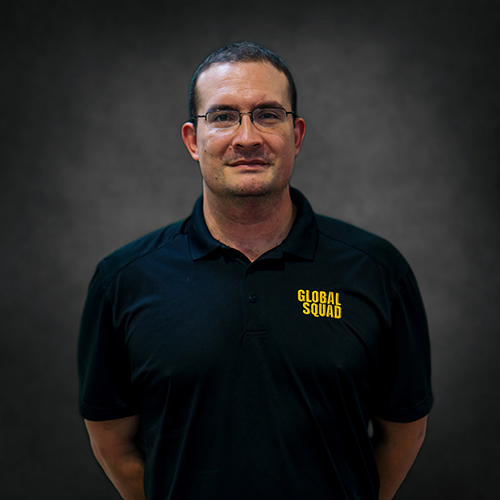 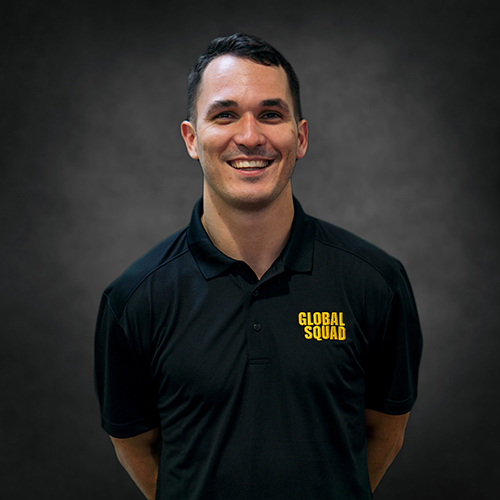 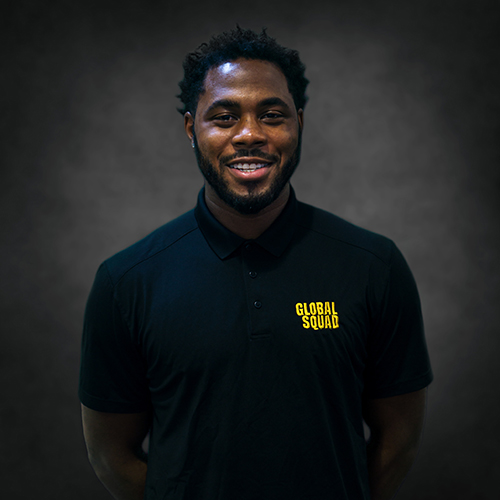 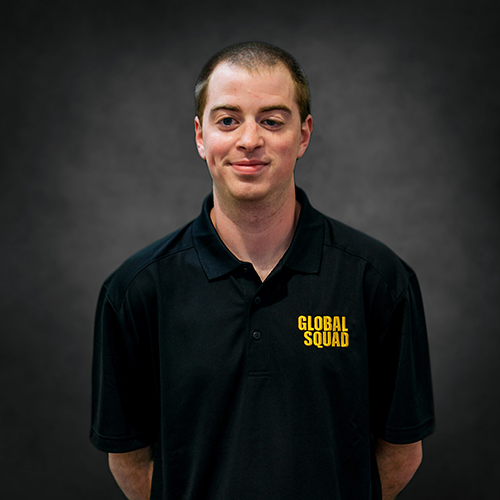 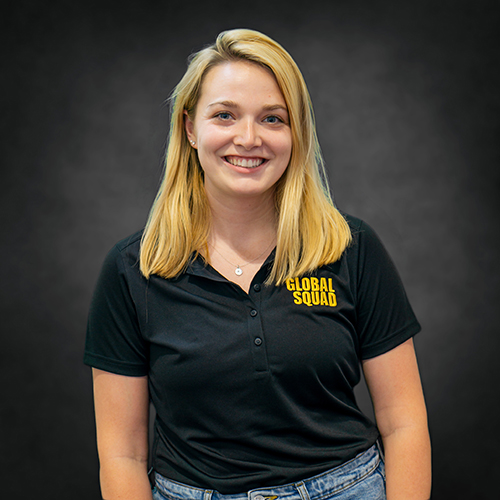 Abby Wilson
EXECUTIVE ASSISTANT
Abby Wilson is coming into her second year at Global Squad assisting with resident life and administrative support for the...
2018 - Present 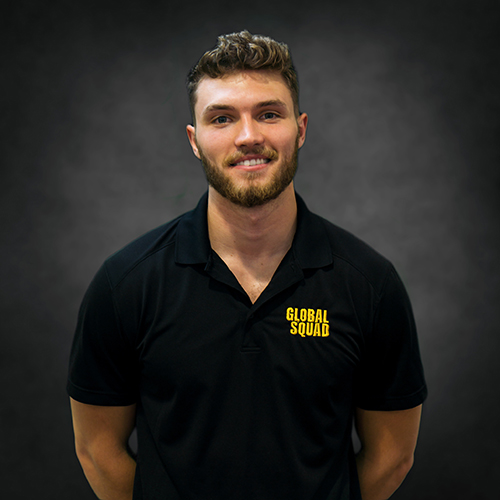 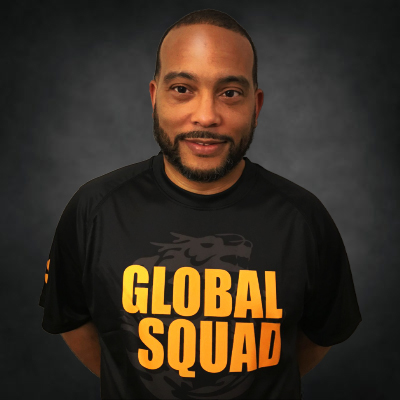 John Alexander founded Global Squad in 2011. As a former player from the International School of Beijing, Coach Alexander used his experience of living overseas to create a program that caters specifically to the needs of student-athletes who want to reach their full potential on and off the court.

When Coach Alexander was growing up in Asia, success came easy and true adversity was relatively unknown. He was cut off from higher-level training opportunities and did not have a chance to compete against elite U.S. competition. As a result, collegiate exposure and reaching the next level seemed like a pipedream.

With an extensive network, Coach Alexander was fortunate enough to play four years at Washington College (MD), graduating with a B.A. in Business Management. While in college, Coach Alexander was a 3-year starter, 3-time Defensive Player of the Year, and Team Captain. Between graduating from college and founding Global Squad, Coach Alexander furthered his knowledge of basketball and coaching by attending numerous professional practices, training top-level athletes, and learning from elite coaches around the world.

Kevin Breslin is entering his ninth year as a Global Squad coach, serving as the Coaching Program Director. Originally from Hagerstown, Maryland, Coach Breslin was a 2-time All Baltimore Catholic League and 2008 Washington County Player of the Year while scoring 1388 points at Saint Maria Goretti High School.

Coach Breslin played and coached professionally for the Washington Generals in 44 US States and 15 countries.

With an extremely extensive coaching background, Coach Breslin began his coaching career with Global Squad in 2011 and has been with the program ever since. From 2013-2014, he coached professionally for the Washington Generals and in 2014-2015, he switched over to begin his collegiate coaching experience for Washington College as an assistant. Between 2015-2017, he was an assistant coach at Johns Hopkins University and from 2017-2018 he coached internationally for Fastbreak Basketball Club in Singapore. Since 2018, Coach Breslin is currently the head coach at Saint James School in Hagerstown, Maryland. Coach Breslinâs background and achievements are perfect examples of the passion and dedication that the Global Squad family exhibits. We push our athletes to Dream Big and Work Hard!

Christian Matthews is entering his ninth year as a Global Squad coach, serving as the Red Camp Coordinator. Originally from Chester, Pennsylvania, Coach Matthews played basketball for two years at Washington College and graduated in 2012 with a B.A. in Business Management.

With connections he made through Global Squad, Coach Matthews began his international coaching career in 2016 as the Head Coach of the Shanghai Select, a school-affiliated basketball program in Shanghai, China. Now entering his fourth year coaching the Select, Coach Matthews returns to the United States every summer to take part in the Global Squad Summer Academy.

His keen eye for potential and ability to develop players into collegiate-level athletes allows him to produce not only great players but also great individuals year after year.

RC Nugent is entering his fifth year with Global Squad, serving as the Director of Basketball Operations & Recruiting. Originally from Chestertown, Maryland, Coach Nugent was awarded the Bayside Conference Honorable Mention honors for tennis in 2012. He then attended Washington College and graduated in 2016 with a B.A. in Business Management.

His love for athletics and more specifically basketball brought him to North Carolina where he was the associate head coach for a local prep school. The following year, Coach Nugent furthered his coaching career by accepting the position of recruiting coordinator and assistant coach at Mercersburg Academy.

His extensive network of coaches and players allows him to help Global Squad athletes find the best colleges to continue their careers through both athletics and academics. Coach Nugent is currently the Director of Basketball Operations & Recruiting for Global Squad.

Ms. Wilson coordinates meals, assists with off-campus activities, and provides aid to players with medical issues. Ms. Wilsonâs contribution to the Global Squad family and constant enthusiasm is a great addition to the culture of our Summer Academy.

During his collegiate career he was named to the CoSIDA Academic All-District Team three times, the CAC All-Academic Team twice, won the Marymount Breakthrough Student-Athlete of the Year award in 2017 and holds the school record for career 3-pointers made.

In the classroom, he made the Deanâs List all four years and graduated as a member of the Honors Program. Currently, Coach Rogers is the Director of International Operations for Global Squad.

Charles Nickens is entering his first year as the Global Squad Director of Business Development and International Tours. Originally from Cleveland, Ohio Coach Nickens graduated from Full Sail University in 2011 with a B.A. in Entertainment Business.

After his playing career ended in 1990 due to health concerns, Coach Nickens became an assistant coach at Cuyahoga Community College. He also coached Professionally for the Cleveland Rams (UBA). Additionally, Coach Nickens shares his love for basketball with up and coming athletes as a volunteer head coach in numerous settings including local churches, and middle and high schools.

Charles brings to Global Squad a special ability to discover and develop talent. His relatable personality helps him to connect with athletes in their pursuit to play professional sports.

Do you have a question or would you like more information on one of our programs?

Fill in your information and we’ll contact you shortly.